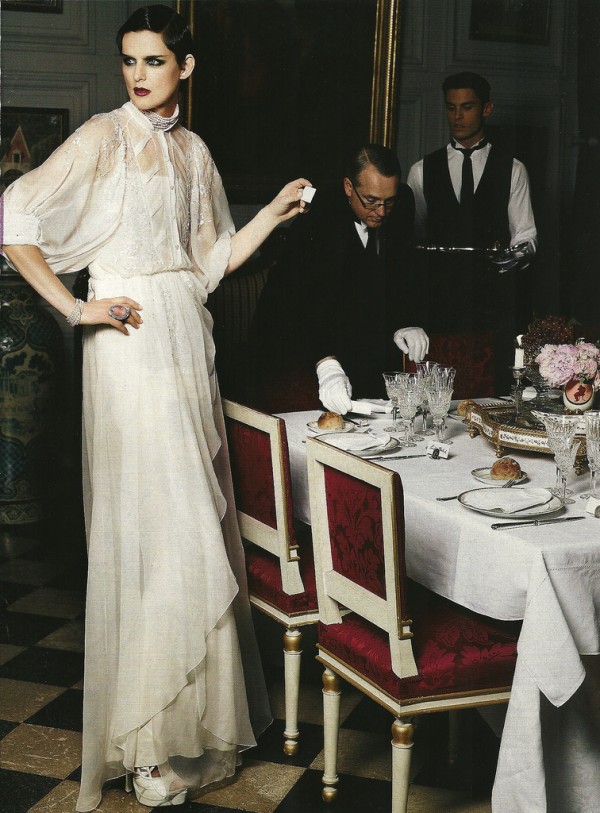 She is the girl whose socks are trimmed in lace and turned over with precision at four o’clock sharp, when she’ll serve Prince Vladamir tea from her cherished tins to an assembly of dollies.  She is the girl who smooths her skirt, brushes the straw from her hair, and will never be late to dinner when she’s spending summers in the country. She has mastered the curtsy and blushes behind bouquets. All the while her stockings lay tangled in the back of a coat closet and she’s lost some lipstick on someone’s starched white. She is the girl who knows her place and so she blooms at night.